The Place To License Songs, Recordings, Productions and Works of Harley Hatcher for Motion Pictures, Television Shows, Compilations and Advertising and more! 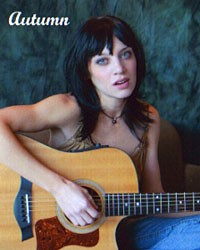 While there is no shortage of young, edgy, female singer-songwriters hitting the commercial music scene these days, it does take something special to get yourself noticed among the crowd. Whatever it is, Autumn Lozano offers that ‘something’. She doesn’t sing about drug addiction, her crushes on bad boys or anything else that could be conceived as contrived or forced. Rather, her straightforward and insightful lyrics weave stories about the realities of life and love that everybody can relate to. And because she wrote each of the tracks on her debut album, you can believe that they mean something to her as well. Void of the often overused producing bells and whistles that smother a lot of musical authenticity, the true nature of Autumn’s talent shines through in her vocals and lyrical statements. In other words, voice effects and synthesizers are not a part of her repertoire. Autumn brings music back down-to-earth and reminds us what being real is all about. 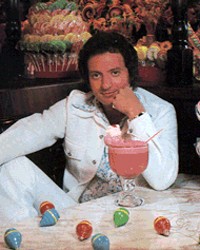 Paul Delicato began performing at a young age in his hometown of St. Louis, Missouri. He hails from the legendary area of St. Louis known as "The Hill", which is also the boyhood hometown of baseball legends Yogi Berra and Joe Garagiola. During the mid 1970s, Paul enjoyed a string of hit records which included "Cara Mia" and "Ice Cream Sodas & Lollipops & A Red-Hot Spinning Top". Both songs achieved top-ten positions on Billboard Magazine's Adult Contemporary Chart. Now, all of Paul's hits and classic recordings are available digitally for the first time on Amersong Records. These great songs are perfect for party-goers of all ages and all eras who can't keep their feet still or their voices silent when a great singer is matched with a feel-good melody. Whether these songs bring back memories or create new ones, you're bound to find this collection to be an essential one for the next party at your "pad". Currently, Paul performs at his own Carolina Nights Dinner Theater in beautiful Maggie Valley, North Carolina. 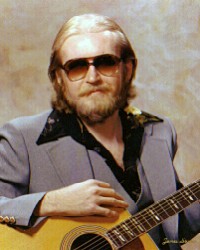 These recordings, performed by Louisiana native Talmadge Wells, are digitally re-mastered and available for the first time on Amersong Records. In 1978, Talmadge traveled to Los Angeles, California to work with record producer Harley Hatcher, and the result of their collaboration was this outstanding collection, "West Coast Sessions". To produce this album, Hatcher assembled an all-star lineup of legenday musicians such as Emory Gordy, Jr. on bass, Glen D. Hardin on piano, Billy Joe Walker, Jr. on electric guitar, Herb Pedersen on acoustic guitar, and Jay Dee Maness on steel guitar. Hatcher also tapped Humberto Gatica, a young recording engineer at the time, to assist in the sessions. Humberto is now known as the Grammy award-winning engineer and producer of many artists including Michael Jackson, Celine Dion, Michael Buble', and Andrea Bocelli. In this album, singer/songwriter Talmadge Wells sings three self-penned songs in addition to six classic country and pop standards such as "Under Your Spell Again", "That's When My Woman Begins", "Homeward Bound", "Last Letter", "All For The Love Of Sunshine", and "Wedding Bells". 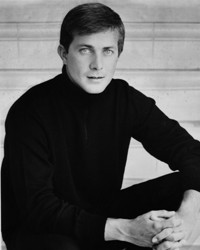 Jerry Naylor began his successful career as a singer with his own Rockabilly group at age 15. Born in the small farming community of Chalk Mountain, Texas, Jerry later became a member of the San Angelo, Texas rock group, The Cavaliers. That group is remembered for their national number one hit, "Last Kiss." Little could anyone have imagined in those early years that Jerry could become the lead singer of the legendary group The Crickets. But in 1960, after the tragic death of Buddy Holly, Jerry joined drummer and co-founder of the Crickets, Jerry Alllison, to re-form the Crickets. Jerry was the lead singer of the group until he left in 1965 for a solo career in pop and country where he achieved a string of hits including "But For Love" and "Is This All There Is To A Honky-Tonk".

In this newly recorded "Best Of Rockabilly" collection, Jerry revisits his passion for the early rock genre by singing many classic rockabilly songs. It's a return to the simple, loud, fast, emotionally-direct music that started rock 'n roll. It's Rockabilly at its best!

Juanita Booker is perhaps the only singer ever "discovered" by a President of the United States. Juanita electrified millions worldwide with her stirring rendition of the National Anthem at the 1981 Inauguration of President Reagan. What few realized is that this then unknown singer had been discovered by Mr. Reagan years earlier when she sang at a 1976 GOP fund-raiser. At her stirring performance of the "Battle Hymn of the Republic," tears filled his eyes. He rushed forward and hugged her. "If I make it to the White House," he said, "you'll sing at my Inauguration." He kept his word. What followed for Juanita was a Cinderella story - and a whirlwind of invitations and performances on major television shows. She became an instant celebrity. A sharecropper's daughter, she has never had a singing lesson. She never sang professionally. She cannot read music. Yet she has one of the most moving voices ever heard. So moving, that Ronald Reagan, with his vast entertainment-world contacts, chose Juanita over every other singer to perform at his Inauguration.