The Place To License Songs, Recordings, Productions and Works of Harley Hatcher for Motion Pictures, Television Shows, Compilations and Advertising and more!

As a top executive with Curb Records and with a career spanning more than five decades, Harley Hatcher has had a hand in developing the careers of a wide array of rock, pop, country and Christian music recording artists. As a songwriter, he has scored several chart-topping singles, and as a record producer and musician Harley has written and produced eighty songs that have appeared in motion pictures and on television shows. In 2019, his composition and master recording of Victorville Blues was featured in Quentin Tarantino's film Once Upon A Time In Hollywood.

Harley was born and raised near the city of Thomasville, Georgia. His introduction to the music business came in 1960 while serving in the United States Army’s 102nd Signal Battalion in Kaiserslautern, Germany where he met fellow soldier and record producer, Richard Podolor.  Podolor, who had found success in 1958 as a producer for Sandy Nelson's hit record,Teen Beat, (later, Richard Podolor produced Three Dog Night, Iron Butterfly and Steppenwolf) heard Harley perform on the army base, and invited him to come to Hollywood for a recording session. At the age of 21, Harley made the trip to Los Angeles to record four songs with Podolor at American Recording Studio.  Two of the four songs, The Twirl and Thief in the Night were recorded and released as singles.

By 1964, Harley joined record producer and songwriter Mike Curb at Sidewalk Productions, where he signed on as exclusive songwriter for Sidewalk’s recording artists, and in 1965 he began producing records. Sidewalk Productions experienced early success with the song Apache ‘65 by Davie Allan & The Arrows (with Harley playing acoustic guitar), and the movie score and soundtrack album from The Wild Angels, starring Peter Fonda and Nancy Sinatra.

In August of 1968, at the request of entertainment industry icon Dick Clark, Harley wrote and produced seven songs to be included in the soundtrack for the film Killers Three, which was produced by Clark. Harley also wrote songs that were featured on ABC-TV’s Super Saturday Club cartoon shows Cattanooga Cats and Hot Wheels. In 1969, Harley formed Pendulum Productions and Leo The Lion Music Publishing to record and publish his songs and soundtracks.  By 1972, Harley had composed and produced the musical scores for eight motion pictures, including Burt Topper’s The Hard Ride which featured the title song recorded by Righteous Brother, Bill Medley.

In 1972, as part of a deal in which MGM Records acquired the administration rights to Harley’s Leo The Lion music publishing company, Harley became head of Special Projects at MGM.  He was later appointed head of Country Music at MGM where he worked with an all-star roster that included Hank Williams, Jr., Eddy Arnold, Kenny Rogers, Mel Tillis, and Ray Stevens.

One of Harley’s songs sparked a memorable meeting between Hatcher and former President Richard Nixon.  Inspired by President Nixon’s humorous appearance at the opening of the new Grand Ol’ Opry building in March of 1974, Harley wrote and produced a song about the event entitled He Played A Yo-Yo In Nashville. Morton Downey, Jr. performed vocals on the tribute song. Upon hearing the song, President Nixon invited Harley and Morton Downey, Jr. to his San Clemente, California estate. During their meeting, the three men discussed the song, with President Nixon expressing that his spirits were lifted by the good-time feel of He Played A Yo-Yo In Nashville.

In 1987, Harley re-joined Curb Records just as the company was expanding into a global record label. The Curb Records roster has featured such artists as Tim McGraw, Wynonna, LeAnn Rimes, Hank Williams, Jr., The Judds, Natalie Grant, Jo Dee Messina, Sawyer Brown, Bellamy Brothers, and Selah.  Harley served as Senior Consultant of Curb Records from 1987 to 1998 and Senior Vice President of Curb Records from 1999 to 2006, during which time he was in charge of music publishing and greatest hits catalog releases. 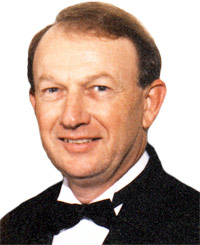 With his vast experience as a music business executive as well as a music producer and writer, Harley brings a unique perspective and understanding to all areas of the record industry. Currently, in addition to his duties as Senior Consultant at Curb Records, Harley serves as an Adjunct Professor at Belmont University teaching the course, Music Business Strategies.  Harley is a member of Broadcast Music, Inc. as a songwriter, and BMI and American Society of Composers, Authors & Publishers (ASCAP) as a music publisher.  He is also a member of the Country Music Association, the Academy of Country Music, and the Gospel Music Association.

Harley enjoys all genres of music, but his great love is listening to the past and present legends of Southern Gospel music.  Harley has a library of over 60 videos of Bill Gaither’s Homecoming gospel concerts.

In 1978 and 1979, Harley penned a book about his time in the army entitled, Elvis Disguised. It is a true story about impromptu jam sessions Harley engaged in with an army buddy. The book, originally published in 1981 as a limited edition, is currently being updated.

During his high school years at Thomasville, Georgia, Harley was a standout basketball and baseball player and he continues to be an avid sports enthusiast.  Since moving to Los Angeles, he has played in numerous basketball and softball leagues and tournaments.

Harley Hatcher and his wife reside in Los Angeles, California.  They have two children.